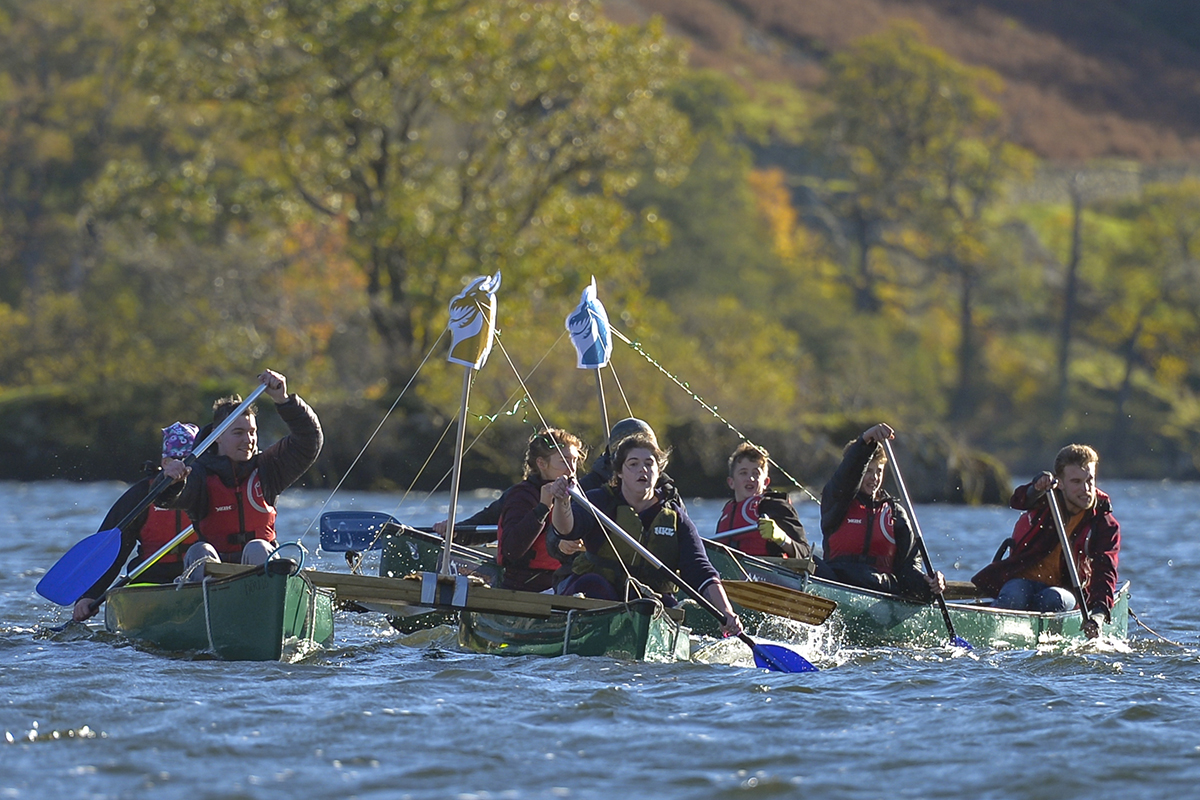 Apprentices take to the water in celebration

On a bright cold October morning on the shores of Ullswater, the enthusiasm of a group of young people was infectious as they launched themselves and their canoes noisily into the cold water and the final chapter of their apprenticeship course. It was time for these enthusiastic canoeists, young apprentices from Eden Rivers Trust’s ‘Apprentice Eden’ scheme, to celebrate a job well done!

As part of the trust’s £2 million Cherish Eden project, supported through the Heritage Lottery Fund, over the last four years, the ‘Apprentice Eden’ scheme has given 12 local young people a rare opportunity to develop a career in river conservation management and learn about the issues affecting rivers and water courses on their home ground.

The youngsters taking part in the Dragon Race on Ullswater today are the Trust’s third cohort of Eden apprentices and were joined by the first cohort of apprentices from 2014. The latest four joined the scheme back in February 2017 and have spent the last 18 months building up a wide range of skills while working on a programme of practical conservation projects around Eden’s rivers. They have removed invasive plants, fenced riverbanks, planted trees, tested water quality and undertaken surveys and worked with the Trust’s key conservation partners.

The Environment Agency, Natural England, Forestry Commission, local farmers and landowners, the National Trust and the Lake District National Park have all been great supporters of the scheme. Individuals have grown in confidence and demonstrated new skills and commitment under the watchful eye and guiding hands of Eden Rivers Trust – a team of people who are passionate about rivers and the work they do. The emphasis of the Apprentice Eden course has been on developing on-the-job experience and building skills for life whilst gaining a Level 2 (Intermediate) Apprenticeship in Environmental Conservation from Newton Rigg College.

After a quick dry off and a carbohydrate-fuelled lunch at Glenridding Village Hall, all of the apprentices continued their celebrations with an evaluation of their work with Eden Rivers Trust CEO Elizabeth Radford, who congratulated them on their commitment and personal achievements and a presentation of ERT awards by Charles Ecroyd, Chair of Trustees.

‘It’s hoped that as well as leaving with skills and qualifications, the apprentices leave with an appreciation and understanding of how, with careful management, they can make a positive contribution to the improvement of water quality and our wildlife habitats.’  Said Charles Ecroyd, Chair of Trustees 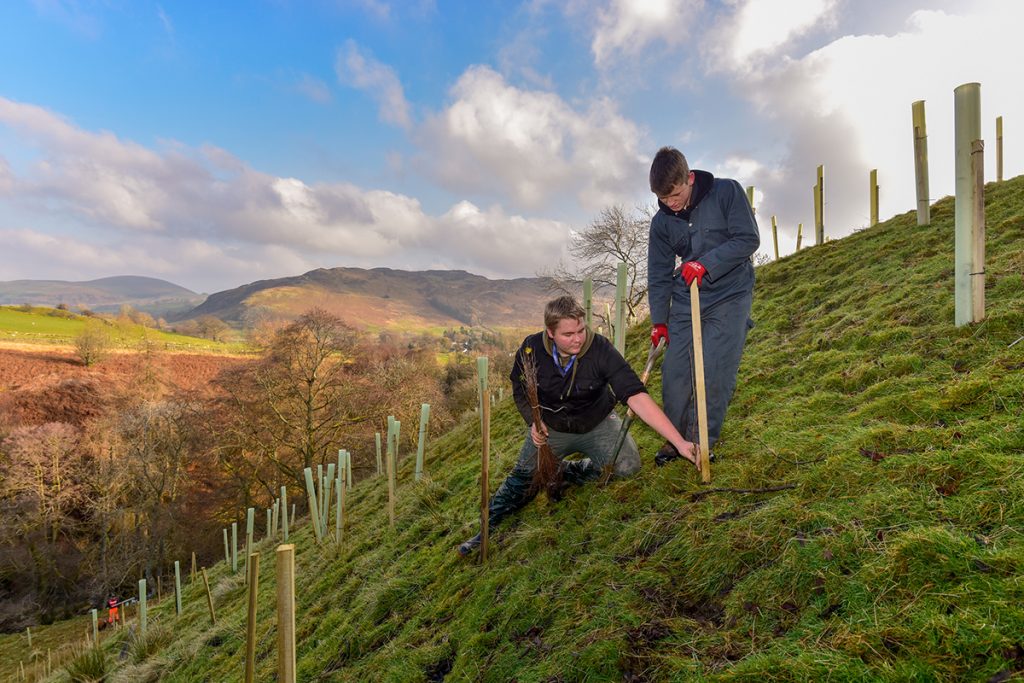 Can you dig it? Get your boots on and help us to plant 10,000 trees this winter. 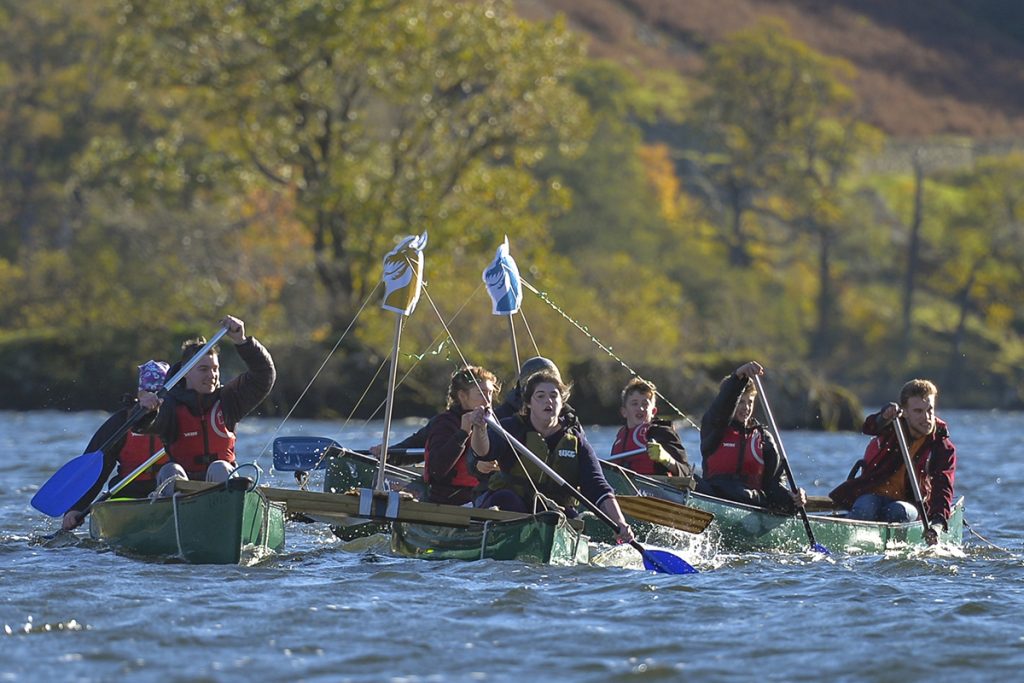 Apprentices take to the water in celebration