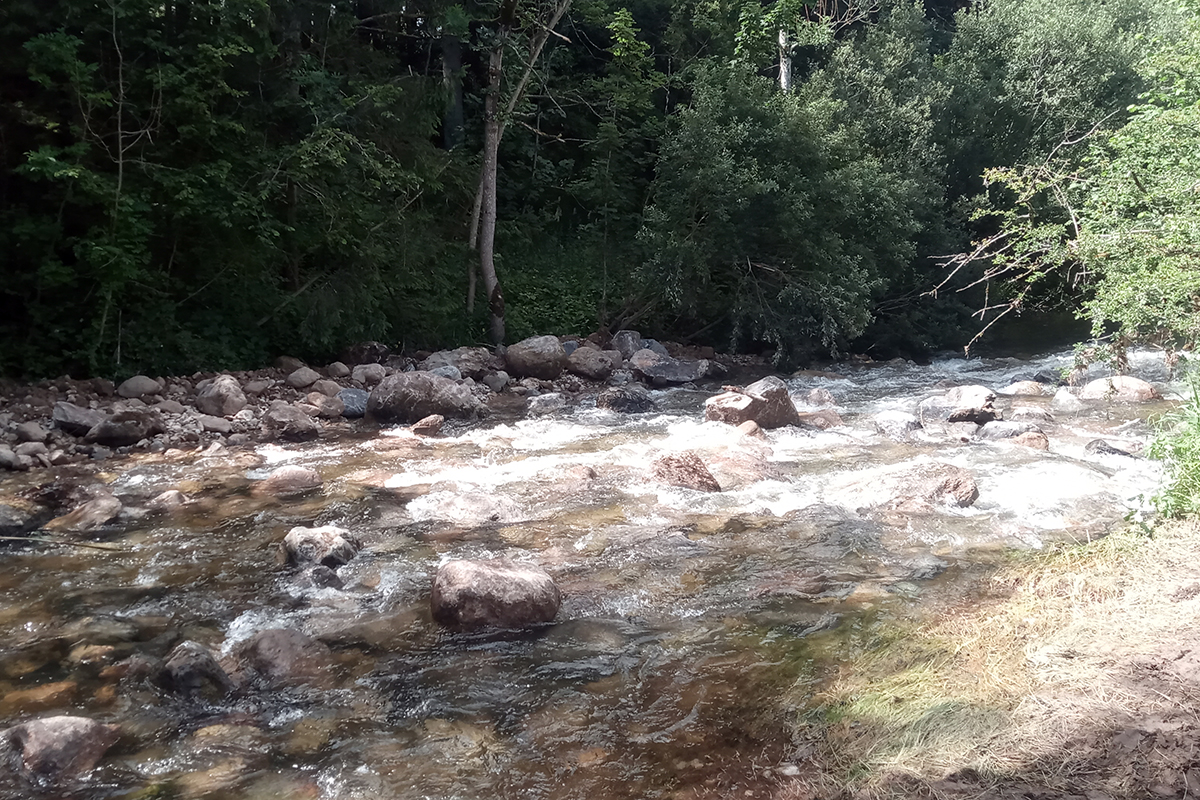 A natural approach to river restoration on the Lyvennet

This summer has seen the completion of Eden Rivers Trust’s latest river restoration project on the River Lyvennet to improve river habitat and flood resilience.

Over the last two years, Eden Rivers Trust has created a variety of features in the river and on land surrounding the River Lyvennet at Greystone House and Littlebeck near Kings Meaburn.

Completed in partnership with the Environment Agency as part of the Cumbria River Restoration Strategy, the aim of the project was to restore natural river and land processes and reconnect the river with its natural floodplain. This would slow the flow of water downstream and encourage wildlife to thrive.

The plan was to install a series of rapids in the river plus three large wetland scrapes on surrounding land to act as flood storage areas.  These scrapes would not only store water – reducing the amount of water flowing downstream in times of high rainfall, but also provide superb habitat for a range of bird, amphibian, butterfly and fish species.

The project kicked off with the creation of two wetland scrapes at Littlebeck in 2018.
The following spring, an army of volunteers, Eden Rivers Trust staff and the local community all pitched in to turn them into green oases by planting 10,000 wildflowers.

Over 30 native species were planted including marsh marigolds, bulrushes and ragged robin. These species were chosen as they can cope with fluctuating water levels and are great for bees and other pollinators.

Part two of the planned improvements had to be postponed until this summer due to the poor weather conditions in July and August 2019. However, work re-started a couple of weeks ago to build a third massive wetland scrape covering an area comparable to nearly three Olympic-sized swimming pools (approximately 3,500m2) and create three rapids in the river.

The work was undertaken by Waitings.

The rapids were installed to restore features in the river that have been historically removed for land management purposes. These features help connect the river with its floodplain, providing a natural flood management benefit.  They are also amazing wildlife habitat for a whole variety of fish and invertebrate species, including the European protected species such as wild Atlantic salmon and our nationally rare White-clawed crayfish.

We welcome the completion of this project as part of the Cumbria River Restoration Strategy, a partnership project involving the Environment Agency, Natural England, Cumbria’s Rivers Trusts, the National Trust and RSPB among many others.

When working together in partnership its clear that great things can be achieved through sharing guidance, technical expertise and support. The Lyvennet project has many benefits from natural flood management to habitat creation making a better environment for all, now and for the future.

River restoration projects that increase flood resilience downstream for the wider community and improve local wildlife habitat are only possible with the support of forward-thinking landowners and farmers and the Trust would like to thank Robert and Chris Addison for their support in this project. 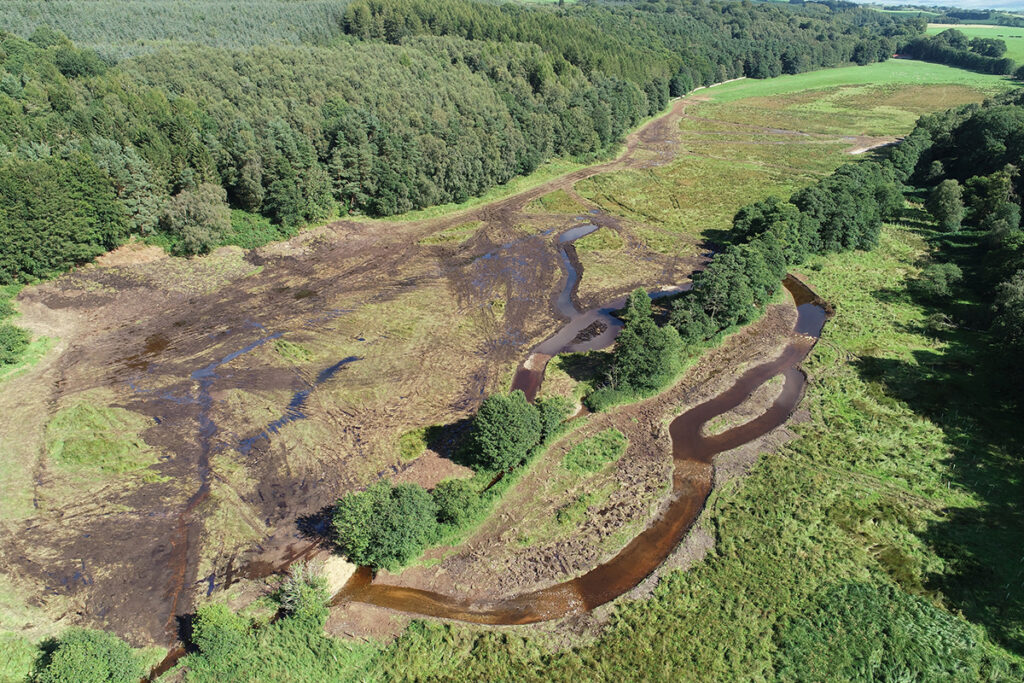 A chute in the right direction 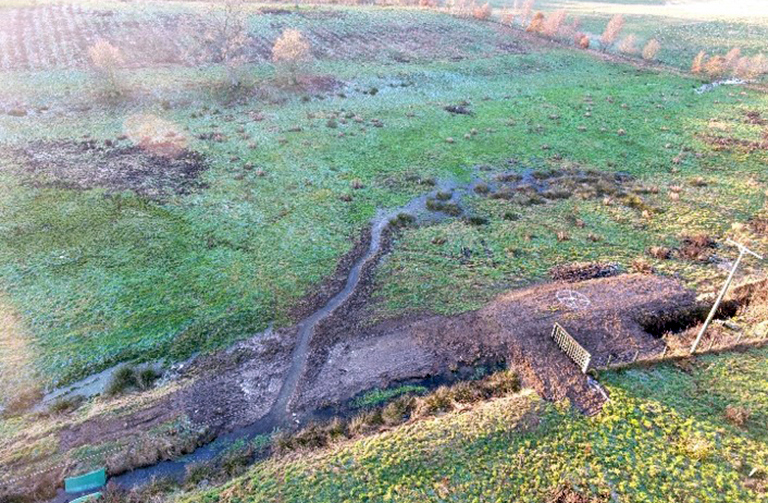 Sometimes "less is more" when it comes to river restoration... 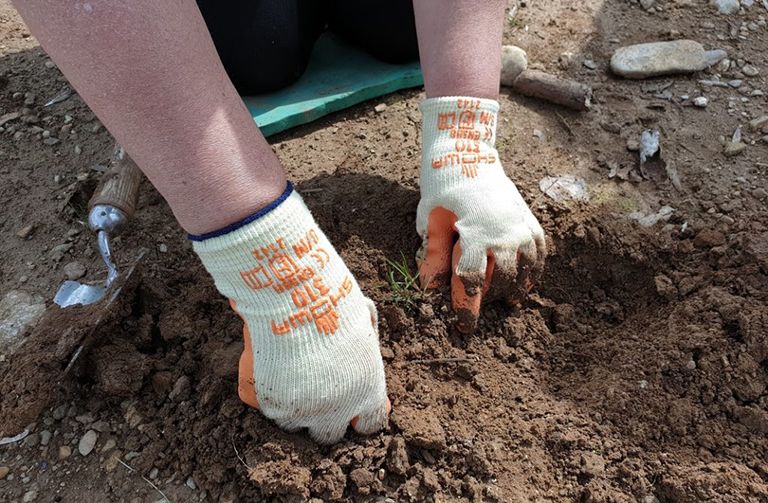 Find out who helped meet this huge challenge as part of our ongoing River Lyvennet river restoration project.