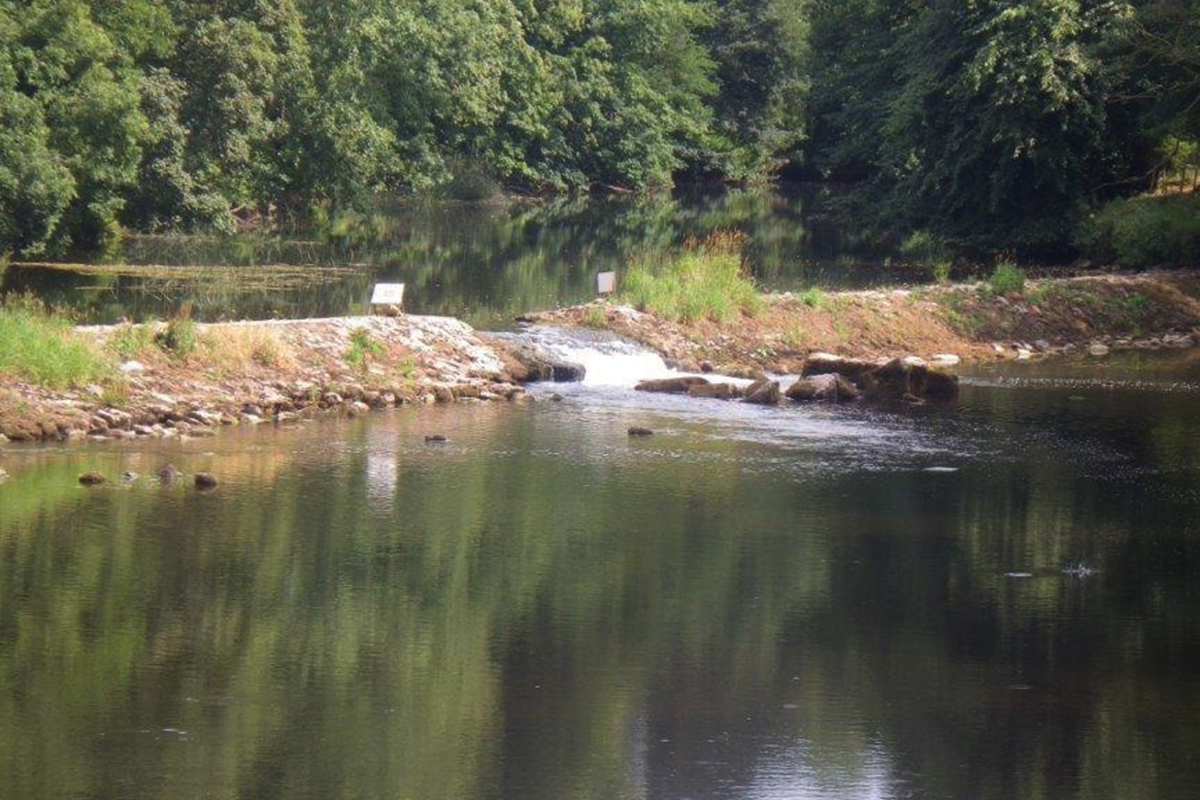 Following the recent community engagement process undertaken with Appleby residents about the Bongate Weir Group’s proposal to remove the damaged weir, the responses showed there was insufficient community support for removal. In light of this, today Eden Rivers Trust, the Environment Agency and Natural England have announced that the proposal has been withdrawn.

The Bongate Weir Group (Cumbria County Council, Eden District Council, Eden Rivers Trust, the Environment Agency and Natural England) came together to identify a permanent solution to concerns about the risks to people’s safety posed by Bongate weir in Appleby. The conclusion was reached that full removal was the only option that would remove any possibility of future accidents involving the weir.

Before progressing any further, the Group was keen to listen to comments from the Appleby community and other interested groups about the proposal to remove the weir. Earlier this year, they undertook an engagement process that included a leaflet drop to 3,216 properties, an information event and a response form that Appleby residents could complete stating whether they wanted to see the weir removed or not, and why.

Since the end of the engagement process, the escalation of the Covid-19 pandemic has meant that Group members have focused on essential emergency planning, which has unfortunately delayed the publication of these results.

The community’s views about the proposal to remove the weir

In total, 310 response forms were received.  Of these 82% of people stated that they lived in Appleby.
In answer to the question, “Would you like to see the weir fully removed?” 63% said ‘no’ and 37% said ‘yes’, meaning that the majority of respondents do not want the weir removed.

Reasons given for keeping the weir included: being an important part of Appleby’s history, a local beauty spot and a place for recreation. Some people thought that removing the weir would negatively impact wildlife.

Those who were in favour of removing the weir cited concerns about safety and the cost of ongoing maintenance. A number of respondents believed that the river’s natural processes and its wildlife would improve as a result.

Although the proposal to remove the weir has been withdrawn, safety concerns remain.  Weirs remain dangerous places to boat, swim or paddle, as they create deep water and fast-flowing currents.  Appleby’s is no exception – it is also unstable, has large holes under the water and is in danger of collapse.
The Group urges the public to take extra care when visiting the weir and not to go near the structure.

“Thank you to all those who took the time to share their views and complete a response form. We’ve listened to the reasons given by the community for keeping the weir and acknowledge the strong feelings surrounding it.

As a result, the Environment Agency, Natural England and ourselves do not feel that sufficient public support has been gained to progress the proposal to remove the damaged weir. Naturally, we’re disappointed, but our concerns over people’s safety and the poor condition of the weir remain.

Members of the Bongate Weir Group are limited in what further action they can take. None of the Group has statutory responsibility for the repair or ongoing maintenance of the weir and there are ongoing issues around ownership.

During the engagement process, some Appleby residents expressed an interest in setting up a community group to look after the weir.  Should the community wish to take this forward, then the Environment Agency and Natural England will give advice on all of the necessary permissions and licenses required to undertake work on a weir.”

Bongate weir (also known as Appleby and Jubilee weir) on the River Eden in Appleby is located near to Jubilee bridge. It is 81.6m long, 7m wide and has a maximum height of 1.4m.
The visible parts of the weir probably date from the 18th/19th century, with modern repairs.

Who owns the weir?
The liabilities for the weir, including those relating to health and safety, sit with the owner of the weir and are not changed due to a change of use of the weir (legal advice given to EA, Jan 2020). The weir ownership is split between two landowners. Only one owner is known but the Group is searching for the other one.

None of the organisations that make up the Bongate Weir Group has statutory responsibility for the weir or its ongoing maintenance. If the general feeling of the local community is to keep the weir as a result of the engagement process, then it will be left to continue to deteriorate and eventually collapse.

Background and current state of the weir

To help understand the historical context, the impact on flooding and the structural integrity of the weir, the Environment Agency commissioned three reports. Below is a summary of the findings.

Structural (Bridgeway Consulting Ltd.) 2019
The left-hand bank (Castle side) is in relatively good order though water overtops in some locations.

In the centre, the weir is being undermined by the pressure of water channelling around and below the broken fish pass. As a result, a large amount of stone is washing out, creating large, dangerous voids.
The broken pieces of the concrete fish pass are now scattered around the riverbed.

On the right-hand bank (Bongate Mill side) of the weir, the concrete on the weir crest (from previous repair works) is extensively cracked and sections are missing. Water is seeping through where reinforcing mesh is exposed.
Fast-flowing water is being sucked through a number of small holes in the weir. 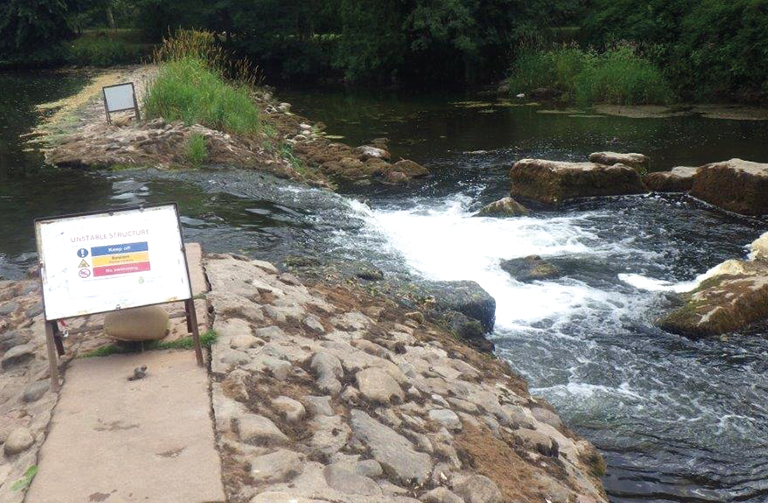 Middle of the weir washed away and broken pieces of the fish pass scattered downstream. 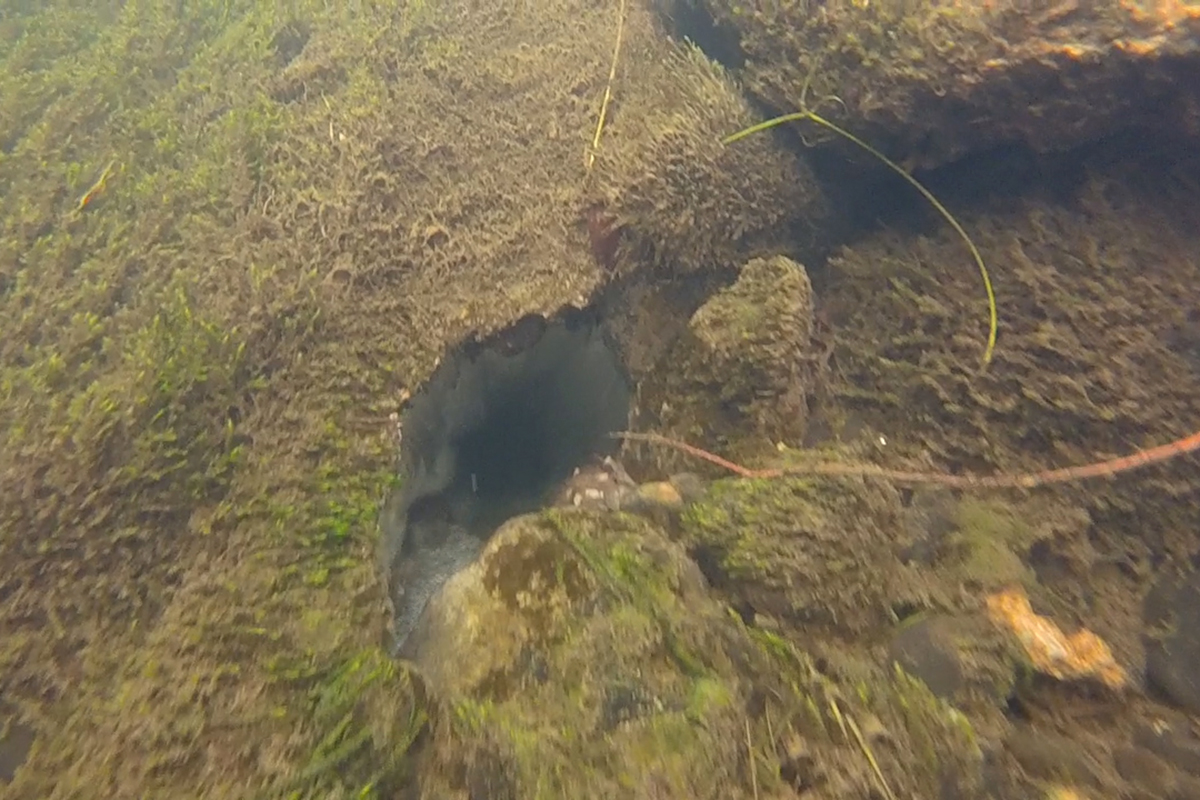 One of the underwater voids showing water being sucked in.

Hydromorphic Assessment (Aecom) 2018
Removal or modification of the weir will have no discernible impact on local and downstream flooding.

Heritage assets and their significance (Durham University) 2018
By the 19th century, the weir was recorded with the Grade II listed Bongate Mill.
The weir was connected to a sluice gate at the north end and was used to channel water to power the mill wheels.
The mill (and by association, the weir as it falls within the curtilage of the Grade 11 listed mill) was listed in 1951 but by this time the mill was no longer in use, the wheels removed and the weir redundant.

The case for removal of the weir

Full removal of the weir is the only option that offers a long-term solution to:

If there is public support for the removal of the weir, money has been identified by the Environment Agency as part of the Cumbria River Restoration programme for Eden Rivers Trust to undertake its removal in Summer 2020. It is likely to cost £80,000 – £100,000.

We appreciate that full removal will mean the loss of an historical structure from the river and town landscape, however, as part of the funding we want to:

What about the landscape?

What happens if you just leave it alone?

The members of the Bongate Weir Group came together because each organisation feels it has a duty of care to the safety of the public and wants to see a permanent solution to the safety issue.

The group believes that doing nothing is not a responsible option as:

Why can’t it be fixed instead?

There isn’t any money available to fix the weir.
Although repairing or partially removing the weir would fix the current damage and keep the feature, it does not address fundamental issues around long-term safety, maintenance and liability.
Also: 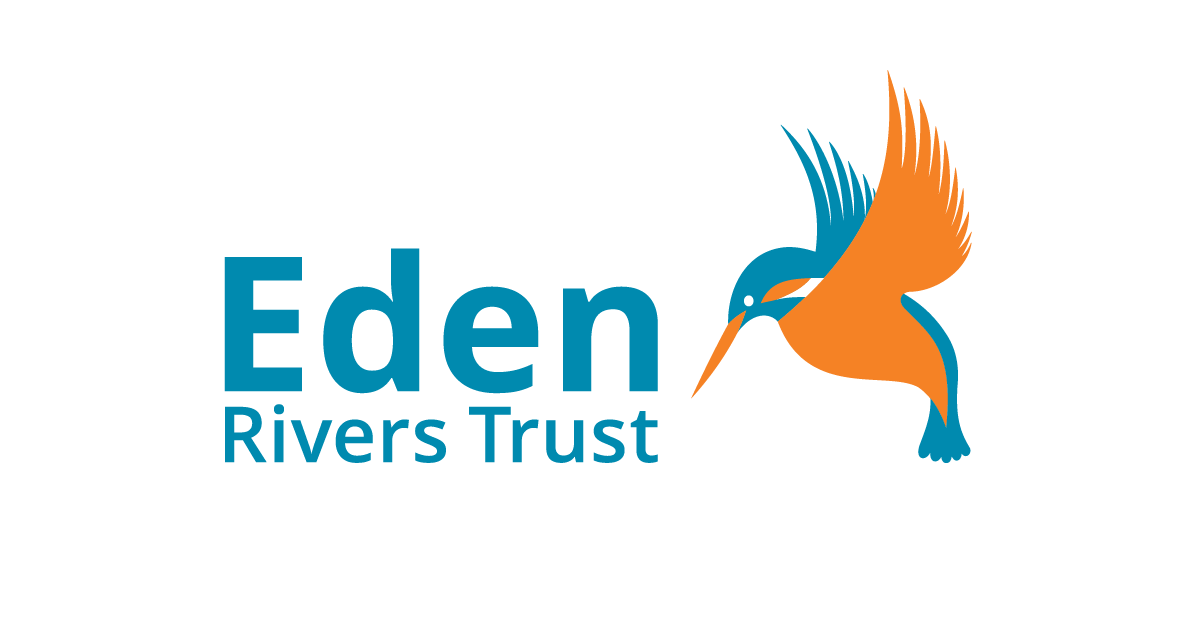