The Grey heron is the ultimate stealth hunter. If you have walked near a river or lake you may well have seen the unmistakeable shape of a Grey heron standing as still and quiet as a statue…until quick as a flash it shoots its neck into the water at lightning speed. The heron’s S-shaped neck is a remarkable piece of engineering. Special joints in its spine allow it to flex and extend its neck incredibly fast. Using its dagger-like beak it spears or snatches its prey.

Although they hunt individually, herons nest together in large colonies called heronries. It’s quite possible for there to be well over a hundred nests in one community.

You can often see lots of herons waiting for fish to appear by the foot of Holme Head weir in Denton Holme, Carlisle. 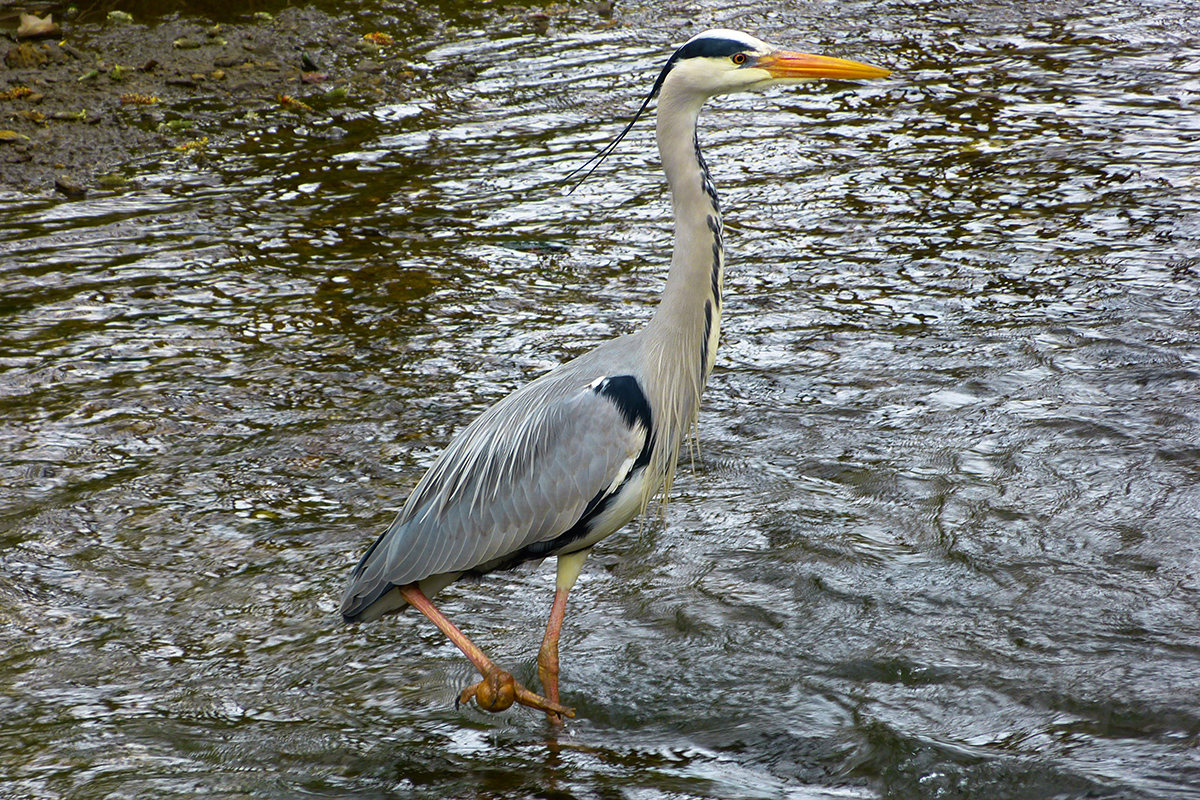 Herons use their beak not just for feeding but as part of an impressive courtship ritual. If a male and female heron snap their beaks at each other it’s a sure sign that they’re attracted to one another!