The white-clawed crayfish is the UK’s only native crayfish species and remains one of the Eden’s more secretive inhabitants. During the day it hides under rocks or large tree roots projecting into the water and comes out at night to feed.

It is an omnivore and feeds on plants, carcasses and small creatures such as larvae, small fish and other invertebrates.

From above it has a brown or olive body but its underside is a pale pinkish-white colour, hence its name. It is a crustacean, like a crab or a lobster, and needs to live in water that is rich in minerals so that it can grow and strengthen its body armour, called the exoskeleton. As the crayfish grows it needs to shed its shell; this happens several times in its first year, and then annually. During this moulting period, before its new shell has hardened, the crayfish is particularly vulnerable to predators.

The white-clawed crayfish is a natural part of the diet of other predators, including otters, large fish and herons.

Mothers carry their eggs for nine months. When they hatch, they hitch a ride on their mother’s back for a few weeks to keep safe. 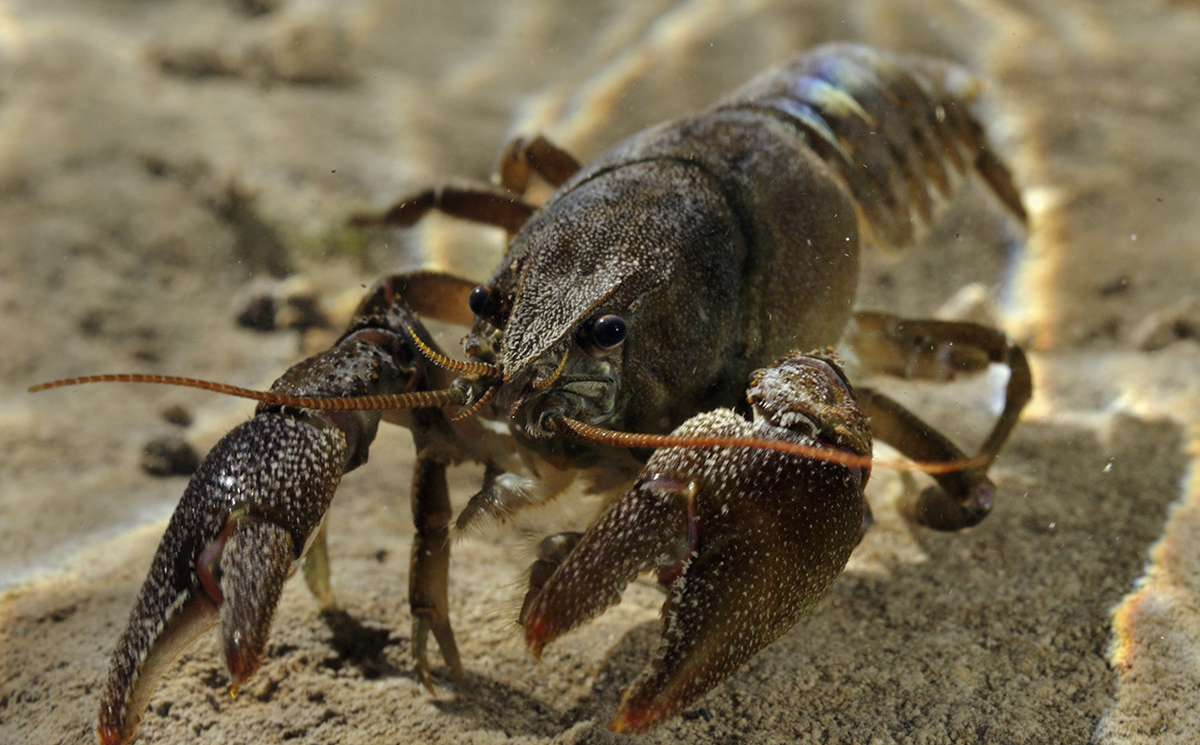 How you can help

The Eden catchment is one of the last strongholds for White-clawed crayfish in England.

However, there are two main threats to their survival.

You can help our precious White-clawed crayfish to survive and thrive in the Eden:

We carry out White-clawed crayfish monitoring every summer with volunteers to measure the population in the Eden. If you’d like to get involved, please get in touch with us on 01768 866788.

At 12cm it’s the largest invertebrate in the UK

Typical weight of about 0.09kg

Speed and strength rating: 3/10 they are slow crawlers and vulnerable to attack

Predatory skills rating: 4/10 they eat plants and other invertebrates

Crayfish are related to crabs and lobsters.

They can shed a limb to escape or distract predators. This ability is called automoty.

Unlike humans and other mammals, a crayfish can regrow its missing limb!